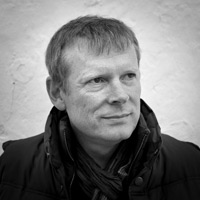 Born 1963 in Hamburg, Germany, Sebastian Hesse has been a journalist for over 25 years. Currently holds a Chief Reporter post for one of the ARD member stations (MDR), the German public broadcasting network. For many years he’s been a Foreign Correspondent – e.g. in the USA (2000-2005) and in the UK & Ireland (2010-2013). In addition to his daytime job in the fast-paced news business, Sebastian pursues long term projects in documentary photography. He’s especially interested in pockets of resistance against the unifying lifestyle of the globalized world.

His works has been exhibited in galleries in Washington, New York, Berlin, Frankfurt and London. His photobook Beyond the Stars about America under Bush was published in 2006. Sebastian participated in courses and workshops organized by International Centre of Photography in New York City, Ostkreuz Photographie Schule in Berlin and Magnum Photos.